A meeting held between Haryana’s Chief Minister Mr. M L Khattar and Power Minister Mr. Piyush Goyal on last Monday, has brought a ray of hope to the residents of Gurgaon. The city is poised to become the 1st city in India to get a full scale Smart Grid installed that would get rid of black outs and permit the consumers to bring down their energy bills by switching to renewable sources of energy available at present. The centre has dedicated a fund of Rs. 273 crores from a total of Rs. 1382 crores essential for the 1st phase. 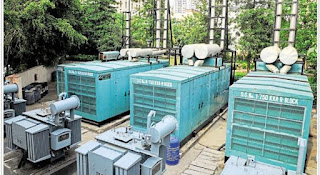 Gurgaon Smart Grid project will be carried out in 3 phases. The 1st phase will include the old Gurgaon and DLF & South City area. The 2nd phase would cover the new sectors from Sector 58 to Sector 115. And the industrial belt of Manesar will be covered under 3rd phase.

Work completed as per planning, Gurgaon could be the 1st city in India to become carbon free. Gurgaon could pave the path for the entire nation to follow its footsteps and convert all of the country, village by village and city by city to Smart Grids and help the nation switch to renewable energy. This shift from carbon based economy to green economy will have positive impact on both the GDP and health of the nation.


What exactly is Smart Grid?

Smart Grid can be summarised as an electricity supply network that uses digital communication network technology to identify and respond to local changes in the usage.

Three principal stakeholders group can be characterised that would advantage from the Smart Grids.

1.Utilities
The utilities can also be more efficient in terms of operational cost, employee safety, revenue and customer satisfaction. Due to supervised transmission and distribution system theft of electricity can be nailed permanently.

Renewable sources of energy like wind and solar would help consumers to bring down their energy bills.

Since consumer will be at the receiving end of the electricity from the Smart Grids and benefits derived from it, some of the direct benefits of the consumer are:-

Smart Grids will help consumers to reduce their power bills. Improved Power factor is one such aspect which can increase the efficiency of the electrical system and bring down energy bills.
Smart Grids allows the formation of new energy market and thus offers the consumer an opportunity to interact with numerous suppliers.
Smart Grids permits consumers to generate their own electricity through several renewable energy resources like wind, solar and many more, allowing them synchronise with the grid. Thus consumers can avail the benefit of net metering (feed surplus electricity produced to the grid which will be adjusted at the end of each month in the energy bills) thus serving consumer to further lessen their energy bills.
Smart Grids allows consumers to run their heavy appliances at the off-peak hours when the tariff of electricity will be low, thus assisting people to keep a check on their energy bills.
Smart Grids that will be ready to handle the new energy demand will help consumers to lower down their transportation cost by facilitating them to switch to electric vehicles instead of conventional vehicles.

Smart Grids with round the clock electricity supply will allow consumers to get rid of their diesel generators. Thus the city would get free of hazardous fumes form the diesel generators. This would create an optimistic environmental impact.
Increased capability and opportunity to shift to renewable sources of energy and shift to electrical vehicles will again lead to reduced carbon emission and help the world to curb global warming.